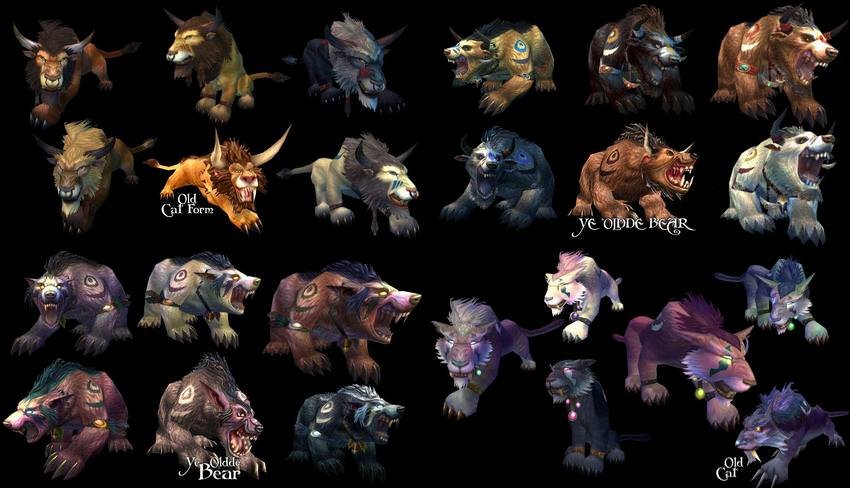 The previously announced Feral Druid buffs have been detailed (or at least part of them, there could be more coming later) and they should be coming in the next couple of days or earlier.

Incarnation: King of the Jungle in relation to them dropping during shapeshifting.

We’re currently working through a tuning package for Feral Druids.

Specifically, we’re adjusting Feral performance relative to other specs in dungeons and questing. Please know: we’ve been reading all of the incoming feedback and keeping a close eye on player results in-game.

Thank you for all of this feedback. Much of it has been very useful in determining the substance of this adjustment.

This is something that we’re testing carefully, and probably won’t be finished and available to put into the live game until later this week. I’ll let you know as soon as we have final numbers, and I’ll post about it a final time when it goes live.

After doing our internal testing, taking into consideration the feedback here and elsewhere, we’re now going forward with the following damage increases:

We don’t have a precise timeframe for this to hit the live game, but we expect it in the next 48 hours or so.

Posted by Silphis
As well, please, i beg you, make berserk stays up when you change the form, countless times i needed to change form to cast a regrowth to buff my bleed damage via bloodtalon (first time), only to see berserk buff vanishing.

Going to send a hotfix soon to fix this.

Berserk should persist through shapeshifting, same as

Incarnation: King of the Jungle. Thanks for pointing it out.